Register for our 2022 Cheesehead Run

Don’t miss the Cheeziest Race in the World!

The course traces the countryside of Wisconsin’s Calumet County from Hilbert
to Forest Junction, utilizing the Fox River Trail on the return of the half marathon.
The Half Marathon and 5K courses are USATF-certified.
The start and finish are on Main Street in Hilbert. 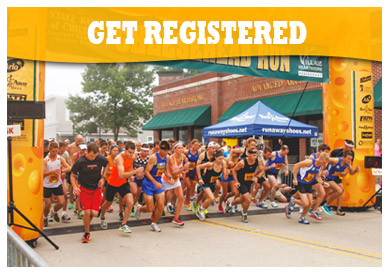 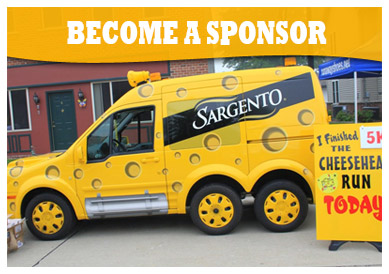 I love themed races, and this one hit the nail on the head. What’s better than a cheese run in the middle of Wi??

Packet pick up – located in the middle of town, at the same location as the start. It was great to get my bib, which was a designed like cheese! and know where I would be heading the next day. It was extremely organized, quick, and easy to pick up my bib, shirt, and race packet.

Morning of – Traffic controllers directing you where to park, made it extremely easy to get close to the start, and avoiding a traffic jam. Lots of port-o-potties and water bottles for racers waiting to start.

Race – The race started under a giant cheese arch, and ran down the rural roads of Hilbert Wi. Around mi 7, you enter a nature preserve with gravel road, and finish on flat road for the last 3mi. The course was extremely flat and open, lots of room for runners, great directing by the volunteers, and a good amount of water stations. The end finished with a straight away toward the cheese arch. Families who had finished the 5k were walking on the course, which made me a little wearing coming in for a big finish at the end. At the end, they announce your name, and hand out an awesome medal with a flying cheesehead on it!

Overall – The branding was fantastic. They did a great job at creating the cheese theme, and sticking to it! The shirt with flying cheese was awesome, along with the medal, and cheese bib. All the extra touches – cheese filled post race grub, cheese starting line, Sargentos truck all added to the fun. It was a great course, and honestly a nice change from running in the city. The race organizers really seem to care about
this race.